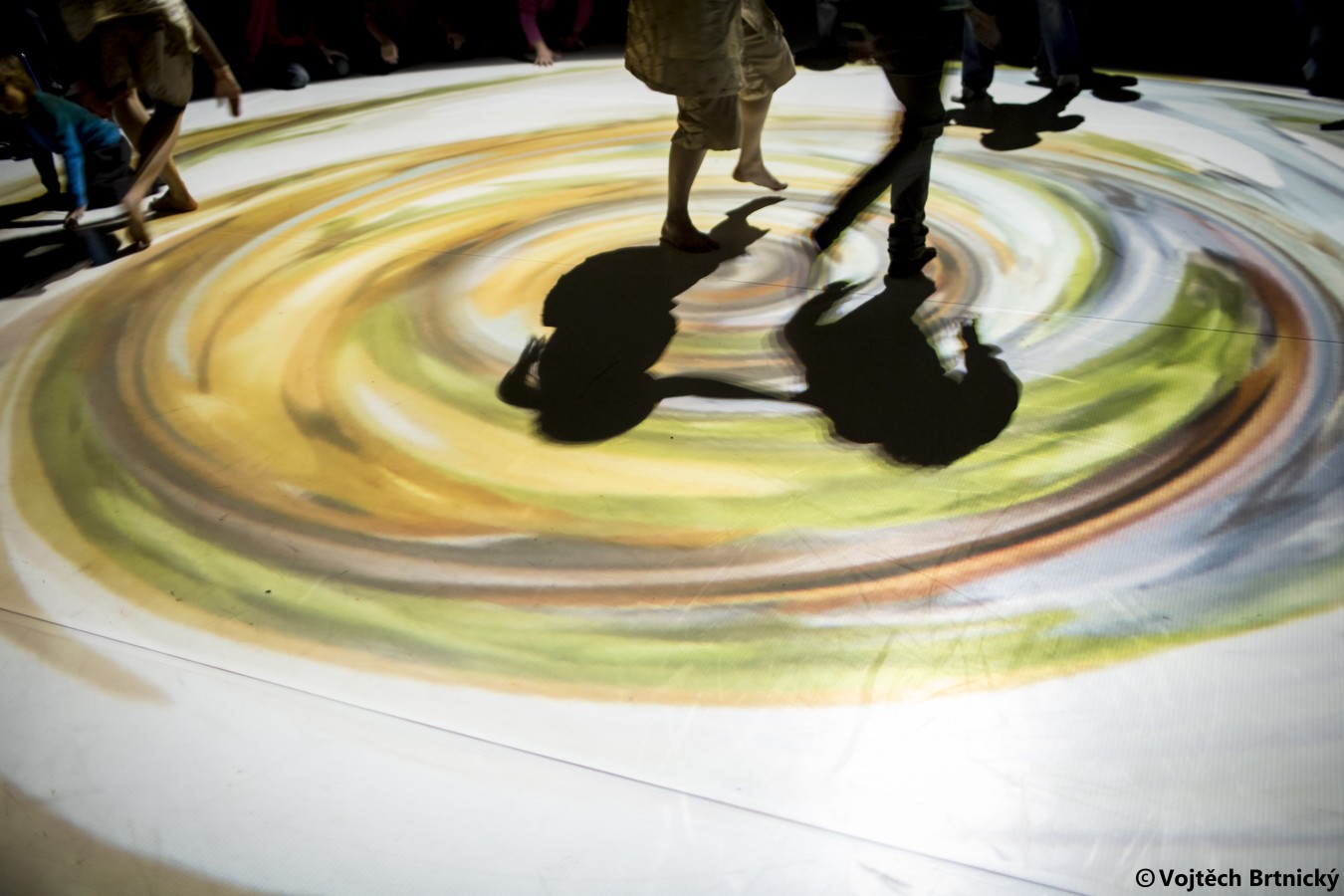 29th International Dance Festival AURA is coming up on October 3-6 in the heart of Lithuania! Interactive performance for children 5-12 years „Animal Carnival” Awards: Audience Award and Light Design Award of

29th International Dance Festival AURA is coming up on October 3-6 in the heart of Lithuania!

Awards: Audience Award and Light Design Award of the Czech Dance Platform 2014.
An interactive dance performance for children based on the suite of the same name by French composer Camille Saint-Saens. The multimedia production combines movement and dance with video projections, original music and sound, while also playing with light and shade, silence and stillness.
The artists were inspired by the diversity of the animal kingdom. They journeyed underground, into the clouds, dived underwater and got lost in the tall grass. Thanks to the child audience, that is present on the stage from beginning to end, new creatures are being created every time. Plunge with us into the world of animal imagination! The performance is connected with a visual and sound workshop as part of reflexion on the performance.

Barbora Látalová
Barbora is a free-lance artist, choreographer, dancer, teacher and founder of artistic group OSTRUŽINA. She is a graduate of the Duncan Centre Conservatory in Prague. She completed an internship at Hunter College of City University of New York, where she studied modern dance and dance therapy at NYU.  She was a lector of movement at HINT University in Norway. She is an author of the dance performance Fg = G [(m₁m₂)/r²] / Dance and Physics, a project that includes interactive workshops for children in schools as well as the awarded project Animal Carnival. She is co-author of two interactive performances for adults and families: Different? (2015) which was supported by
the EU fund Creative Europe and family lab interPlay (2018). At the moment she is working on new performance for children and their parents (4+) with famous czech writer and artist Tereza Říčanová.  Last ten years Barbora is actively working as a leader of the PONEC children’s studio at Prague in PONEC – venue for dance and in the artistic program of TANEC PRAHA „Dance to schools“. Since 2018 she is a member of the Czech board of ASSITEJ.

This website uses cookies to improve your experience while you navigate through the website. Out of these, the cookies that are categorized as necessary are stored on your browser as they are essential for the working of basic functionalities of the website. We also use third-party cookies that help us analyze and understand how you use this website. These cookies will be stored in your browser only with your consent. You also have the option to opt-out of these cookies. But opting out of some of these cookies may affect your browsing experience.
SAVE & ACCEPT
X
Skip to content